It’s my pleasure to have author Sherry Torgent on the blog today to discuss upcoming trends in young adult fiction!

The Next Big Trend in Young Adult Fiction
by Sherry Torgent

I was recently thinking about the concept of trending, mainly because twitter has made the term popular by providing daily trends. Then I thought, what would it be like to have trending hashtags just for young adult fiction? What would we be seeing today, n

ext month, a year from now? I decided to take a look around and see if anyone was trying to predict future trends in young adult fiction.

To say that more people disagree than agree on this topic is an understatement. Imagine a publishing agent licking a finger and putting it up in the air to see which way the wind is blowing. This analogy pretty much sums up the way predicting YA trends seems to be done. In other words, they have no idea. But that doesn’t keep them from trying.

First, I decided to look at what’s on the way out. According to one article I read from a popular publishing magazine, paranormal romance, apocalyptic aftermath, and dystopian fiction, are played out, over published, and dead.

My first thought was, WOW. How did they determine that? I wanted some real, hard evidence. The article was only based on the opinions of the publishing agents they interviewed. I was going to need more than that.

entific attempt to find proof, I pulled up Amazon’s current top 100 best-selling, young adult books and looked at the categories of all 100 books (Yes, I really did look at all 100). Were the publishing agents right about paranormal and dystopian? Hmmm… After lumping some of the categories together for the sake of narrowing it down, I ended up with three top categories. And guess what? Fantasy/paranormal and Science fiction/dystopian were almost just as popular as Contemporary fiction. One commenter on the article said that saying these categories are dead is like saying women are getting tired of romance novels.

So, what about the next big YA trend? What’s it going to be?

The three new big trends that seemed to have the most support were contemporary, science fiction, and stand-alone novels (good-bye trilogies?). And it looks like they may be right about this one—sort of. Contemporary, coming-of-age, romance type fiction came out at the top of the bestsellers. Most were stand-alone novels. But was this really a new trend? Maybe it’s an old, new trend. My quest for the next big thing was slowly unraveling.

The only trend I saw that may have some clout, is the rise of science fiction. And that’s only because right off the top of my head, I was able t

o think of four movies being made from science fiction books: The Maze Runner, Ender’s Game, Divergent, and Wool, with the added bonus of two being dystopian, and two, post-apocalyptic. You know, the dead trends.

But after all this poking and prodding and researching, did I really learn anything about the next big YA trend? Not really. Sigh.

The reality is, we all like what we like, and we tend to read the kind of books we like whether they’re trending or not. No matter what the predictions are for what the next big trend is in YA, readers want one thing more than anything else — a good story. Period. They want original, unpredictable, realistic romance, with characters they can really connect to. It doesn’t matter whether its romance or science fiction, as long as the writer creates a story that grabs us. That’s the kind of book that will be trending.

What YA book trends do you think need to be left behind, or what trends do you hope to see in the future? I think we can all agree that readers are the best predictors of YA trends, not publishing agents.

Thanks for stopping by, Sherry! You’ve given us some interesting things to think about. :) 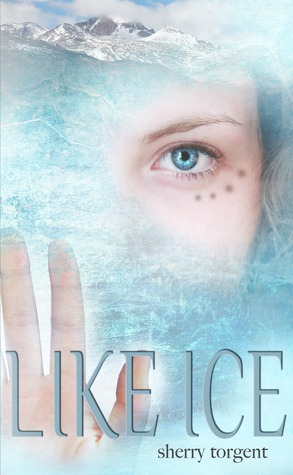 Raz Wynn is an Ice baby. Part of a human race genetically altered to colonize a cold planet where survival dictates everything. But another colony lives in the warmth of the underground. The Kommons. The unaltered humans. Abandoned by their mother country on earth, the two colonies stand at odds over who will ultimately inhabit the planet. When Raz discovers the unfathomable sacrifice her colony expects her to make in order to secure the future of her race, she does the only thing she can do. Run.