Windswept, isolated and ruggedly beautiful, Puffin Island is a haven for day-trippers and daydreamers alike. But this charming community has a way of bringing people together in the most unexpected ways…

It's been a summer of firsts for Emily Donovan. From becoming a stand-in mom to her niece Lizzie to arriving on Puffin Island, her life has become virtually unrecognizable. Between desperately safeguarding Lizzie and her overwhelming fear of the ocean—which surrounds her everywhere she goes!—Emily has lost count of the number of "just breathe" pep talks she's given herself. And that's before charismatic local yacht club owner Ryan Cooper kisses her…

Ryan knows all about secrets. And it's clear that newcomer Emily—with her haunted eyes and the little girl she won't let out of her sight—is hiding from something besides the crazy chemistry between them. So Ryan decides he's going to make it his personal mission to help her unwind and enjoy the sparks! But can Puffin Island work its magic on Emily and get her to take the biggest leap of trust of all—putting her heart in someone else's hands?

I have loved every Sarah Morgan book I’ve read (her O’Neil Brothers trilogy is wonderful), so I was excited when I found out about this new series, Puffin Island, set in a new place, with new people, and new issues. I came away having book enjoyed this book a lot as well!

Sarah Morgan is so great at writing settings you love! I loved the Snow Crystal resort from her O’Neil Brothers books, and Puffin Island is no disappointment. It sounds like the perfect place to escape to if you’re in search of beautiful views and a sweet community of people. Speaking of the people, this book has a lot of fun characters who all know each other and look out for one another. I love small town communities where everyone feels like family, and that’s exactly what Puffin Island is like. It’ll be interesting to see the roles these characters play in the future books of the series.

I really felt for Emily. She’s been thrust into the role of mother after the death of her movie star half-sister, and feels very ill-equipped. She flees to Puffin Island to hide from the press, who are after her story. Ryan understands what hardship is like, as he has been through the ringer himself. They both are content on their own, not wanting to settle down or open themselves up to love. But… these things happen. Their romance is really a story of learning to trust again and healing from their pasts. Things were a little lusty (can Ryan think of anything but sex?) for a while, but I enjoyed their story in the end. Ryan is such a nice guy, and is so great with Emily. He pushes her when she needs to be pushed, but knows when to back off and give her space. One thing’s for sure: he’s not giving up on her no matter how closed off she is. I really liked Ryan.

All in all, this was a great, but a bit of a slow start to Sarah’s new series. I love her writing and the way she brings the reader right in to her stories. I’m excited to read the other books in the series, even though I did not love it as much as her O’Neil Brothers trilogy. Puffin Island is such a wonderful setting, though, and the third book is a Christmas book! So sign me up!

As I’m sure you’ve noticed, things have been a little sparse over here at That Artsy Reader Girl. It’s not for lack of trying, I assure you! I am unbelievably busy this semester, plus I’ve had some health issues so things are really stressful right now. Many of you probably remember my post with all the titles for my YA literature class this semester. I’m a really slow reader, so all my non-paper-writing time is spent frantically reading as fast as I can. I’m seriously drowning!

So, I’m making my official “things will be a little slow for a little while” announcement. The Debut Author Challenge is not changing at all. The link-ups, Debut Dish posts, and giveaways will go on as scheduled. You just might see fewer reviews, discussions, and Top Ten Tuesday posts until May when the semester ends. I’m all over Twitter, so come see me there if you’re just not getting enough Jana in your life. :) 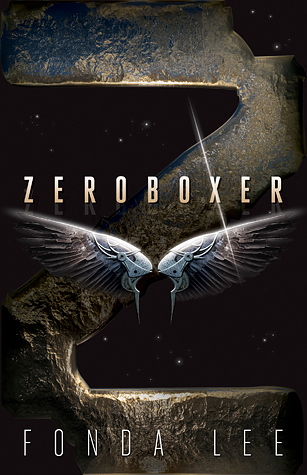 Welcome to my spot along the blog tour for Dove Arising by Karen Bao, hosted by Penguin Teen! Karen is a 2015 debut author of a pretty exciting book about a girl living on the moon (and a whole lot more). I know you’ve already seen here on The Debut Dish, but today we get to learn even more about her!

When did you first come up with the idea for Dove Arising, and how old were you? Did it come out of a particular experience?

I came up with the idea for Dove Arising when I was seventeen and a senior in high school. I’d just submitted college applications and had many doubts about my future: where would I be next year? What direction would my career take me? Was I ready to leave home?

When Phaet joins Militia, she faces these same questions, but she also deals with many more restrictions on her freedom. Many of these were inspired by my mom’s childhood. At the time, she started telling me about her own experiences in Communist China. Food rationing was a part of life for most people, but Party members still got everything they needed. (Spoiler alert: my mom’s parents weren’t Party members.)

The government banned classical Chinese texts, denied much of recent history, and closed China off from outside influences. My mother’s father, a university professor, was sent to labor camp in the countryside for a decade, and he was absent for most of her childhood. The government needed more scientists for “progress’s sake,” and essentially forced my mom, a straight-A student, to major in chemistry. In many ways, Phaet’s life resembles my mother’s: she also has a missing father and she studies science like crazy, knowing that academic success is the only way out of poverty.

I guess I wrote Dove Arising as an “escape” from real life, but it made me realize how lucky I was to live in a liberal democracy. I could choose which college I wanted to attend, and I could choose what I wanted to study. Also, I could write a book portraying government oppression without fearing for my life.

What are your thoughts on being a female writing science-fiction/fantasy in an often male-dominated genre or category with male main characters?

I feel like I’m writing in a great genre with great company. Authors like Tamora Pierce, Ursula Le Guin, and Octavia Butler sort of paved the way for later female writers in sci-fi/fantasy – and there are a lot of us! Moreover, there’s a growing interest in portraying women, as well as diversity in general. I know male authors who are writing female main characters, and they say it’s easy, just like writing any other person. POC and LGBT characters are also gaining ground. All in all, 2015 is a great time to be a writer!

What’s one of the funniest things that has happened to you during the publication process?

It’s a real challenge to pick the funniest thing that has happened to me in the publication process. I have seen hilarious costumes at Comic Con, had my name spelled “BOA” (like the constrictor) by travel companies, bonded with booksellers about the advantages of wearing leggings instead of real pants, and modeled Dove Arising T-shirts by waving them around like a bullfighter. But perhaps the most laughable incident was when I found out that my book would really take off. Picture this: I’d just taken a shower, so my hair was a wet beehive, and I lunged to pick up my phone (my ringtone sounds like a singing robot). After hearing that Penguin wanted to publish Dove Arising, I was silent. Then I said, “Nawww.” Another pause. Then I squealed and rolled around on the carpet like a happy puppy. I’m glad no one videotaped the scene and shared the footage; I’d lose all professional credibility.

So, how does Dove Arising sound to you? What do you think about Karen’s discussion on how she came up with the idea?