Tomb of the Ancients, the third and final book in the House of Furies trilogy, came out this past May and Wunderkind PR is graciously offering up a finished copy to one of my readers! Read more about the book below, and enter to win! 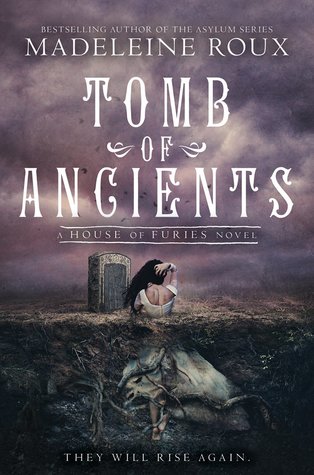 Tomb of the Ancients by Madeleine Roux
Series: House of Furies #3
Published by HarperTeen on May 14, 2019
Add to Goodreads

The war between old gods and monsters comes to a thrilling climax in this final book in the “darkly delightful”* House of Furies series, from the New York Times bestselling author of Asylum. (*Publishers Weekly)

Free from the nightmares of Coldthistle House, Louisa and her friends have taken up a posh new London residence. But there’s no rest for the wicked. Religious zealots from the shepherd’s flock are gathering in the city, and ominous warnings are being left on Louisa’s doorstep. With the evil influence of her father’s spirit growing stronger—trying to take over—Louisa knows she will be forced to pick a side in the coming war between the old gods, whether she’d like to or not.

To save herself, Louisa is desperate enough to do whatever it takes—even if it means returning to Coldthistle House and striking another deal with Mr. Morningside. To uphold her end of the bargain, Louisa will have to rejoin his supernatural staff to venture to a gateway between worlds, a place of legend: the Tomb of Ancients. But, as always, there’s a catch…

Have you read any of the books in this series yet? What did you think?