Note: This story was previously titled The Bastard

To some men honor is just a word...

Jeannette Boucher, a young French beauty from a family left penniless by the revolution, must marry against her will to save them all from ruin. But almost immediately after the vows are spoken, she learns that her old English husband is impotent—and in his desire for an heir, he plans to compromise her in the worst way. Determined to escape such a fate, she stows away on one of His Majesty’s frigates. But a woman alone is in constant danger.

To Lieutenant Treynor, honor means everything...

Born a bastard to a wayward marquise, Lieutenant Crawford Treynor was given to a poor farmer to raise and was maltreated until he ran away to join the Royal Navy. Treynor is determined to prove he’s as good as any other man and rise to captain his own frigate. But once he finds Jeannette aboard The Tempest he must decide whether to return her to the man he knows would abuse her—or risk everything, even his life, to keep her safe.'(

The story was exciting! We enter the story right as Jeanette is marrying this ugly old man that she is really rather repulsed by. She’s doing it to help her family, though. By marrying him, her family will want for nothing, but she will always want true love! While awaiting her new husband’s arrival to their bedroom, her brother barges in with some scary news. Her husband is impotent, and plans to have his male friends sleep with her to get her pregnant so he can have an heir. Jeanette decides to flee. When she discovers a Royal Navy ship in port that will be leaving for London soon, she decides to pose as a thirteen-year-old boy and sign on as one of the crew. In doing so, she runs into some dangerous situations. Lieutenant Treynor figures out her secret, and takes care of her until they can get her back on dry land. Of course, love happens… along with some adventure.

I really enjoyed this story. I appreciated the fact that, as far as romance novels go, this one was a little on the tamer side. It’s definitely not a book for youth, as steam happens, but there’s not a ton of time or pages devoted to it. It’s very easy to skip if you’re so inclined.

Jeanette is one of those characters that easy to not really know how you feel about her. Do I like her? Do I not like her? There’s a fine line between the two in this book. At times, I really liked her. I mean, she had self-esteem. She knew she did not deserve the life her husband was going to give her. She had a sense of honor because she married him to help her family. She was brave posing as a boy and becoming part of the crew. She had a certain level of values, and was very ladylike. However… so many of the times she was in danger were because she was an idiot. She kept doing things she was told not to do, thereby putting herself and Treynor in danger. It happened all the time. I can’t stand heroines who lack common sense.

How could anyone not like Lieutenant Treynor? He’s described as being nothing short of a Greek god. He came from a very difficult background and ran away to join the Royal Navy at a very young age. He climbed the ranks, and gained a ton of respect from the people he works with. He has an incredible sense of duty and does everything he can to protect Jeanette in secret, as well as do his job. He respects women. At one point, Jeanette gt a little tipsy drinking rum with the boys one night, and tried to seduce him. He sent her away because he felt wrong taking advantage of her current state of mind. He never forced himself on her. He is compassionate. Even when he thought she was a boy, he protected this young thing and took “him” under his wing. He’s also very gentlemanly and well-spoken. I really liked him. Definitely one of my favorite males in romance, and the very best part of this book.

The supporting characters were great. There were not too many to keep track of, but enough to convince you that the ship was full of a crew that mattered. We even have a villain, as pretty much all books do. He bugged me, but he was supposed to! I found myself enjoying the company of many of the characters. I’m not used to that, but I suppose it’s because these were Navy men and not ruthless, cold-hearted pirates.

I loved the descriptions. I could picture the wedding, the town, the port area (with taverns and seedy inns), the ship, the ocean, all the different cabins and rooms on board, etc. I could picture the crew doing tasks that I’ve never seen done before. I pictured everything wonderfully. I understood everything, and even learned a little about what went on aboard ships in days gone by, not to mention French and British history.

I’m not used to books of this genre covering so much adventure. Many authors could have turned this in to two books. I loved how fast-paced it was. Just as I thought we were winding down, ready to tie everything up into a nice bow, something crazy happened. AND every loose end imaginable was tied up. I was not left really wanting anything. I was happy with the ending.

I’ll definitely be looking into more of Novak’s books. I hear she writes a lot of romantic suspense, which is another favorite genre of mine. Happy reading!

(Notes for those concerned about sensitive content: (Some may consider these spoilers, so be careful in reading.)
– Foreplay happens, but the actual act of sex never does.
– Any steamy scenes are kept to a paragraph or two (with the exception of maybe one).
– There is a rape attempt at Jeanette by someone on the opposing side of the war. Nobody on her ship’s crew is involved with that.
– There is war violence. People die. 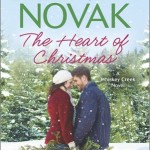 The Heart of Christmas by Brenda Novak | 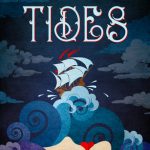 Over Raging Tides by Jennifer Ellision | 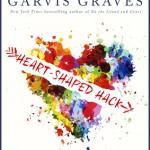 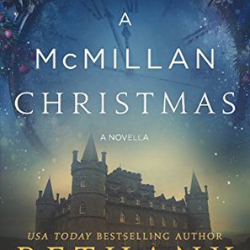 A McMillan Christmas by Bethany Claire |

2 responses to “The Bastard/Honor Bound, by Brenda Novak (Book Review)”