Many have read and loved Bram Stoker’s Dracula. But questions remain. What is the true story of Dracula’s origin? What if Mina could not bring herself to record the true story of their scandalous affair—until now?

In Dracula, My Love: The Secret Journals of Mina Harker, Syrie James explores these questions and more. A vibrant dramatization, told from Mina’s point of view, brings to life the crucial parts of Stoker’s story while showcasing Mina’s sexual awakening and evolution as a woman, and revealing a secret that could destroy her life. Torn between two men—a loving husband and a dangerous lover—Mina struggles to hang on to the deep love she’s found within her marriage, even as she is inexorably drawn to Dracula himself—the vampire that everyone she knows is determined to destroy.

Syrie did something amazing with this book. She made me want to read another book. That’s what books should do, in my opinion. It convinced me that I needed to read Bram Stoker’s Dracula. This book gave me Mina’s point of view, and so obviously, I had to read the original. I was kind of scared to purchase Dracula, My Love, because it’s a little out of my usual comfort zone, but I am SO glad that I did. As always, my main points are bolded. :)

1. The writing style is breathtakingly beautiful. Syrie’s descriptions are notoriously amazing, in my opinion. The writing is done in old-fashioned English, which I found very refreshing. It really added to the story. I have a hard time when historical genres are written in contemporary language. This felt very authentic and seemed very real as a result.

2. The characters are so well developed. Each person has their own voice and their own opinions. Dracula is strong, sexy, deceptive, evil, manipulative, and extremely romantic! Mina is also very strong, rebellious, and thinks for herself during a time when women are supposed to be meek and submissive. She grows up a lot over the course of the book and learns a lot about herself. Mina’s husband is the typical male from the time period. He’s controlling, demanding, protective, and all about saving Mina from this evil man who so desires her. Of course, he never catches on to the fact that Mina is a willing participant in her rendezvous with Dracula.

3. The mannerisms of each character are believable. I love the contrast between the chaste, ladylike behavior Mina displays around her husband and friends and the, for lack of a better word, lustful thoughts and actions she exhibits with Dracula. It’s like he has her under some spell that amplifies her desires and emotions when she’s with him.

4. In all actuality, though, this book is not all about lust and carnal desires. Her time spent with him is always spent in long discussions about life and literature. They have so much in common. Her greatest desire is to be with him. The book is really very clean, except for one steamy “dream” she has about him.

5. You get to jump into Mina’s mind and hear her thoughts. You will begin to understand her wants, fears, and desires. You number yourself lucky for not being in her shoes, but care too much to stop hoping that she figures everything out. She has a difficult situation at hand. She goes from being the plain, simple girl who never gets any romantic attention (even from her husband), to being obsessed over and stalked by a mysterious and sexy bad boy. You’d think that would be terrifying, but she is so captivated by him that she dreams of him and longs for him when most women would flee in fear. This mortifies her. She’s a married woman, but can’t help herself. She can’t keep away from him. And on top of all of these conflicting emotions, she has to keep all of this a secret or else jeopardize Dracula’s life, as well as her own. You will be glued to every page and travel through every emotion with her.

6. It was spooky, suspenseful, exciting, and filled with deception, mystery, and romance. While Mina’s husband and his accomplices (including Van Helsing, a former boyfriend, and the widower of her best friend) came up with an intricate plot to murder Dracula, she appeared to be helping them, but in reality was leading them on a wild goose chase formulated by Dracula himself. She kept swinging back and forth between the two, doing her best to keep everyone in the “loop”. She hoped for both sides to win, because she cared so much about everyone involved. I’d go insane (or have a nervous breakdown) if I were her.

7. This book did not change the original story of Dracula. It is more of a companion to Stoker’s novel, rather than a retelling. I loved the the author stayed so true to the original. You really are seeing everything that happened, but from a different point of view.

8. In addition, reading Mina’s side of the story made me understand and appreciate Dracula so much more. In my opinion, the classic novel is kind of hard to understand. Perhaps I feel that way since I am just beginning to read the classics, and am not used to the old writing styles yet. Because it was so true to the original, I understood what was happening in the original more than I would have otherwise. Plus, I saw a tender, romantic side of Dracula and found myself falling for him right along with Mina. I think that’s part of the reason I loved this book so much. I think a little part of everyone is curious about the forbidden. It’s only human nature.

All in all, you should definitely read this book. I’m glad I gave this book a chance, because it is a truly beautiful story of love, deception, obsession, survival, and sacrifice. I was riveted, and could not put it down! I went out and bought every other novel by Syrie James, and she has yet to disappoint me thus far!

What I Did for a Duke by Julie Anne Long 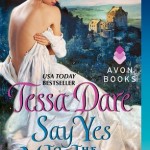 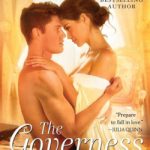 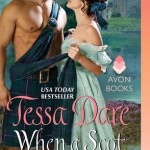 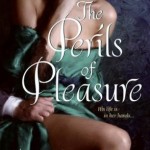 2 responses to “Dracula, My Love by Syrie James (Book Review)”