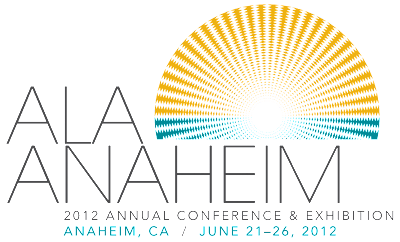 I’d been mulling over the idea of attending the ALA annual conference since January, when I found out it was going to be at the Anaheim Convention Center! I had pretty much decided I could not go, though, since I would have barely been back from my 6 weeks in Europe by the time it was time to pack up again and drive to California. My decision to just go for it came totally last minute, and was completely spontaneous! I’m so, SO glad I decided to go, though, because it was seriously one of the highlights of my life thus far.

My mom and I decided to road trip it, and have a fun little vacation around the conference. My birthday was on the 22nd, so we thought it would be a great way to celebrate! We left home on the morning of the 21st, and drove to Las Vegas to stay in Bally’s before waking up on the 22nd and driving the rest of the way to Anaheim to make it in time for the grand opening of the exhibition floor at 5:30. We were going to make it with hours to spare, but due to the major chemical spill on I-15, we were delayed for 2 hours and I ended up being about 20 minutes late to the conference. I rushed in and immediately met Magan from Rather be Reading, who I just love. I also met her two roommates, Jennifer from Novel Thoughts and Christin from Portrait of a Book. Her other room mate (Lena from Addicted 2 Novels) flew in later that night. We spent the evening meeting publishers, authors, other bloggers, and finding awesome reads! After the conference, my mom and I went to BJ’s in Huntington Beach for a birthday dinner. We totally pigged out on yummy foods, and I even got a candle in my pizookie. Then we went back to the hotel, and I completely crashed.

I woke up the next morning to find out my mom had been throwing up all night from the shrimp dinner she got at BJ’s the night before. Ugh! I was so sad for her. Luckily Magan was sweet enough to come get me from my hotel so my mom could keep the car in case she needed to go get anything throughout the day. Thanks, Magan!

The rest of my time at ALA was like this (haha): woke up super early, stood in line outside the exhibit doors before they opened, either stood in signing lines or constantly walked from booth to booth meeting people and getting amazing books, being completely weighed down by said books, meeting reps, pubs, authors, and bloggers, getting completely exhausted and weighed down, and having an amazingly awesome time for the entire weekend. Seriously, I loved everything, and was even ok going on very little sleep. 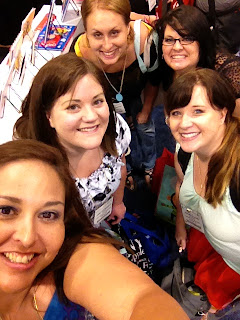 From bottom left to bottom right:
Espe (she took this pic), Me, Georgia, Jen, Magan.
Waiting in Tahereh Mafi’s signing of Unravel Me!

Awesome bloggers I met:
Magan from Rather be Reading
Christin from Portrait of a Book
Jennifer from Novel Thoughts
Lena from Addicted 2 Novels
Jen and Espe from Late Bloomer Online
Georgia from Eve’s Fan Garden
H.D. from Reading Writing Breathing
Katie from Katie’s Book Blog
Lauren from 365 Days of Reading
Liz from Consumed by Books
Lisa from A Life Bound by Books

And… SO MANY MORE! I’m so sorry if I forgot to add you to my list. ALA is such a huge blur of amazingness, and I can’t remember all the wonderful people I met!

Can I just say how awesome, nice, and likeable authors in general are? I had so much fun talking to all of them! I also met my favorite Macmillan person, Ksenia, who was so sweet. We spent a lot of time discussing books and life. I met Ms. Feiwel of Feiwel & Friends (an imprint of Macmillan), which was so cool! She’s super nice. And I met great people at Simon and Schuster, Penguin, Capstone, Random House, Scholastic, Little Brown, Harper Collins, and more! Bookish people are the best. It was so much fun standing in line and talking books with librarians, library pages, bloggers, authors, and publishers. The final attendance number was 20,134 people! OH MAN! I have never been in a room with so many book lovers!

And here are a bunch of pictures I took of the exhibit floor! 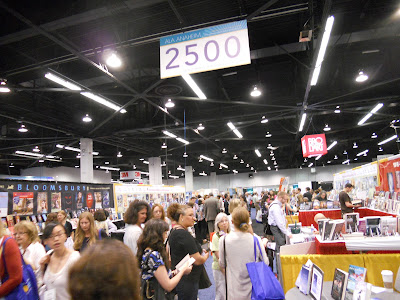 Bloomsbury’s booth, along with Macmillan Kids just behind it. 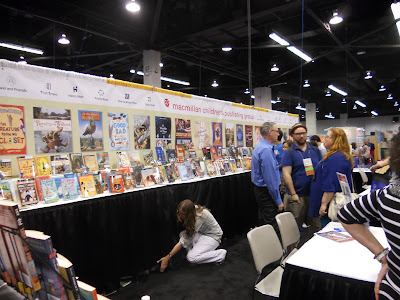 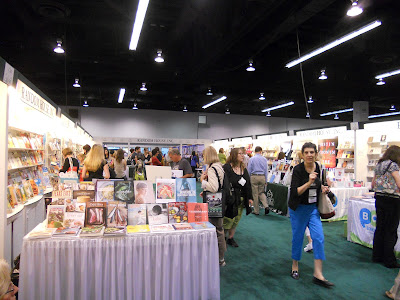 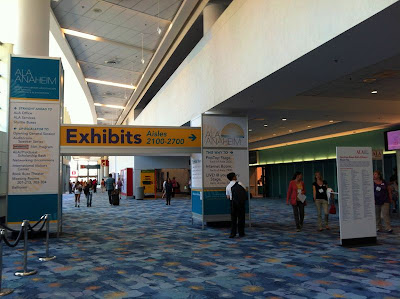 These aisles had all the books! We sat here in the lobby every morning to line up for the doors to open.
(I did not take this photo. Credit goes here.) 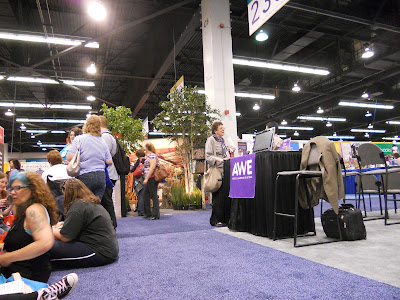 Sitting in line waiting for the Crewel signing. The line was SO long, and wrapped around several different booths. 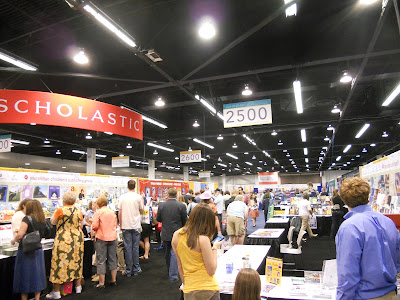 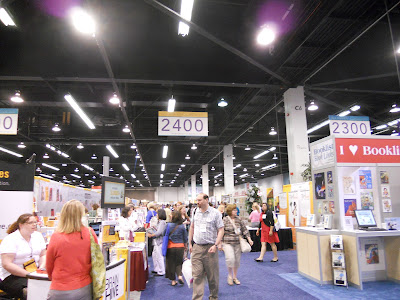 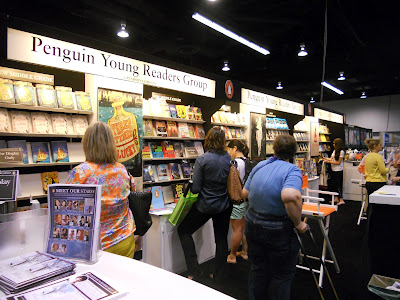 Half of Penguin’s booth. 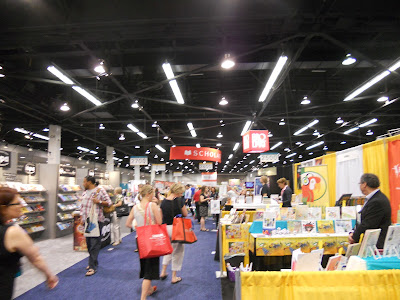 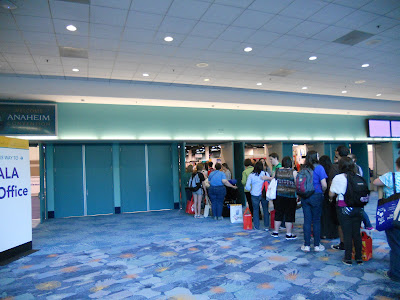 Waiting in line on the last day for Simon and Schuster’s book giveaway. We each got to pick 4 of their display copies for free! 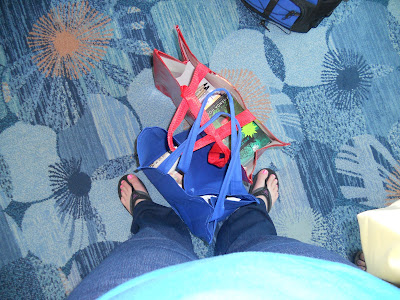 I really had so much fun, met so many wonderful people, and came home with a TON of really exciting books! I’d like to thank all of the publishers for being so generous. I really had no idea what to expect when I signed up for ALA, but they were all so nice and always ready to recommend a book they thought I would love. I met some friends, and made quite a few new ones. Bookish people really are among the nicest in the world, and I was sad to leave such a huge book club and come home to real life. I’m already saving my pennies for ALA 2013 in Chicago! Check back for my ALA Book Haul post! I’ve had many requests for a vlog, so be expecting one soon!