Casey Lord needs a break. Her great-on-paper boyfriend, Reed, is pressuring her to marry him--but she's not sure if he sees her merely as an asset to help his political career. A river-rafting trip in the remote wilderness provides the perfect opportunity to clear her head. Until a flash flood sweeps Casey away from her group--and straight into the arms of Jack, a mysterious man also stranded by the flooding river.

Jack won't tell Casey his last name, and her innocent questions about his life are met with evasive answers. Yet they have to trust each other to survive, and as the pair await rescue, their uneasy truce slowly blossoms into friendship--and love. They agree to keep secret whatever differences may separate them in the real world.

When rescue finally arrives, will it spell an end to their budding relationship?

I have a major thing for books with survival elements, and I absolutely ADORE the Grand Canyon (which I was not even sure was the setting for this book until I started reading it), so this book sounded perfect for me. I even ended up buying it without reading many reviews (which I forget), because I thought is sounded amazingly romantic and exciting. Sadly, I wasn’t really impressed.

The book starts out while the flash flood is in progress. It’s exciting and grabbed me immediately. The synopsis leads you to believe that Jack saves Casey, but she actually saves him. They both have baggage and frustrating lives, so they agree to forget about it all and live in “Rivertime”, which they treat like a parallel universe of sorts. Anything that happens in the canyon stays there, and will not impact their real lives. I didn’t like this element of the story. By turning this time into something that only mattered in the present, they both made decisions I did not agree with. I lost respect for them because of this.

I liked Jack, and his snarky sense of humor. Casey was your typical heroine, and did not really make an impression on me. With a setting as dynamic as the Grand Canyon, very little was done with it. For all I knew, they were stuck in a forest somewhere. I would have liked more scenery. And considering that this is a survival story, not much surviving happened. There were no animals, no chance of dehydration, no nothing really, except for some rain. I feel like a lot more could have been done with this as well. Casey also has this thing with comparing people to very detailed pieces of chocolate (with nuts and caramel, etc.). That got really old.

I don’t like relationships that that start out as pure lust. They both wanted to have steamy times, and they were each others’ only option, so it happened. This was a very insta-love kind of story, to the point of creepiness. I honestly don’t feel like they were stranded long enough to form a realistic relationship. They fell for each other before they even knew each other, which made it really hard for me to believe that their “love” could withstand their tumultuous real lives. Love needs a strong foundation, and you can’t just form that in a week or two.

I think my disappointment all boils down to the fact that this book spun out of control extremely quickly. Jack and Casey’s time in the canyon was a VERY small part of the story. The rest of it was spent on politics, cheating, misery, and weak characters having a hard time making decisions. Jack and Casey’s realities brought so many details and needless drama that I didn’t care about at all. I feel like the story would have been so much better if they had just been left in the canyon. I continued reading because I hoped things would get good again, but after the first quarter of the book, things went downhill and stayed there. And the ending… well, it was pretty terrible. Everything was wrapped up into a WAY too convenient and implausible bow. I love happily ever afters, but they need to be realistic for me or I end up scoffing. With a promising beginning, Renzi should have quit while she was ahead and written a novella instead of a novel. 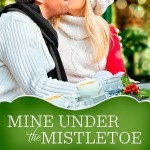 Mine Under the Mistletoe by Kat Latham | 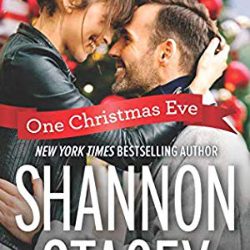 Taken with You by Shannon Stacey | Book

One response to “RiverTime by Rae Renzi (Mini Book Review)”