Half-mermaid Tempest Maguire is trying to have it all: fulfilling her duties as second-in-line to the merQueen Hailana while periodically returning home to the California coastline to be with her family and longtime boyfriend, Mark.

Living under the sea and rebuilding Coral Straits is grueling work, while being back home reminds her of everyone she loves and misses. But when her old flame Kona arrives bearing news that Hailana has died and Tempest is now officially merQueen, she returns permanently to Coral Straits, even though it devastates her family and rips her apart from Mark.

Once there, she discovers that an old enemy has resurfaced, hell-bent on taking over her throne... with or without her. As Tempest prepares for her final showdown against Tiamat and anyone who stands with her, she must decide what - and who - is really important to her. Because there will be few survivors in the ultimate sea battle that is brewing - and Tempest isn't sure she will be one of them.

And so ends the Tempest trilogy, filled with mermaids, selkies, sea monsters, surfer boys, sand, and protective families. While Tempest Unleashed, book 2 in this trilogy, is still my favorite of the three, I am very happy I got to see how everything turned out for Tempest. It goes without saying, but I am saying it anyway, that if you have not read the first two books of this series, my review will spoil them for you. It’s kind of inevitable. :) As always, my main points are bolded. :)

1. I feel like Tempest took a step back in this book. She lost the fire I saw in her in the previous book. She’s still a tad confused over whether or not she loves Mark or Kona… and that bugged me. Maybe I just have The Bachelorette TV show on my mind right now (since I just watched the recent episode), but if you feel like you love two people then you CAN’T and SHOULD NOT be with them! Anyway, I digress. I feel like she played the martyr role out in her mind in a way too dramatic fashion. It’s like she just kept wanting to die for someone, but not for a noble reason… mainly because it would be the convenient way out! It got a little old. And really, so much of this story is of her inner thoughts as she whines and complains and acts selfish. She had a lot of obstacles to go up against, so I give her props for that… but really, she bothered me because she handled pretty much everything like a coward. I don’t like heroines who run away every chance they get.

2. Tempest Unleashed made me really dislike Kona, and now Tempest Revealed made me annoyed with Mark! He kept trying to die too! And all of a sudden, I liked Kona again. Mark has his redeeming qualities, though. His big romantic gesture is really sweet, but both he and Tempest act just a little too immature for me to pull for them. Kona’s maturity and nobility made me end up liking him the most in the end, even though he threw his own temper tantrums every now and again.

3. My favorite person in this book was Zalek, the healer who saved Moku (Tempest’s little brother) in Tempest Unleashed. I felt like he played a larger role than he had before, and I just adored him. I wish the book had been about him instead of Tempest. And I really liked Mahina, her best friend. The book could have been about her as well. She’s inventive, sweet, loyal, brave, and a hopeless romantic. I just love her.

4. Considering the fact that Tempest Revealed is the final book, and all events have been leading up to the destruction of Tiamat (the sea witch), the climax was really anti-climactic. Everything was resolved in a page or two, and it was such a tiny part of the story that I felt really let down. SO much of the book was devoted to Tempest’s mourning over lost this and that.

5. Yet… happily ever after ensues. You know it will. And honestly, I was already so let down by the anti-climactic climax that the pretty bow of an ending just frustrated me. Plus, there are loose ends flapping in the breeze. I would have liked to have heard more about her family. I mean… they end up being such an afterthought, yet everything Tempest did, she claims was to protect her family! So where are they?

All in all, I’m disappointed. I was tearing through the pages for most of the book mainly because I wanted to get past Tempest’s complaining, and get on to the action. When I finally did, it was over in the blink of an eye. Rather than going out with a bang, the trilogy really just fizzled in my eyes. 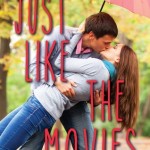 One response to “Tempest Revealed by Tracy Deebs (Book Review)”