Chloe didn't think about it much when she nodded off in study hall on that sleepy summer day. But when she wakes up, snow is on the ground and she can't remember the last six months of her life. Before, she'd been a mediocre student. Now, she's on track for valedictorian and being recruited by Ivy League schools. Before, she never had a chance with super jock Blake. Now he's her boyfriend. Before, she and Maggie were inseparable. Now her best friend won't speak to her.

What happened to her?
And why can't she remember?

I’m loving these new mystery thrillers Sourcebooks keeps publishing! Mysteries have always been one of my favorite genres, and I’m very excited that they are starting to trend in the young adult book world! Six Months Later is an awesome story from a talented debut author! As always, my main points are bolded. :)

1. The cool thing about this story is that we know no more than Chloe does. She has completely forgotten six months of her life, and has no idea why. Her best friend won’t talk to her, her parents thinks she is crazy, and she’s got this boyfriend who didn’t even know she existed six months ago. Nothing feels comfortable to her. I wasn’t comfortable either! I was squirming, trying to figure out what was going on. I was also intrigued by the bad boy with the bedroom eyes…

2. I liked all the characters for the most part, yet the story took my attention away from them. Chloe is your typical confused heroine. I appreciated the fact that nobody could convince her she was insane. I also liked that even though her memory is gone, she has this innate sense of distrust in people even though she does not know why. She blindly trusts her intuition, which is the sign of a strong character. I adored her best friend, Maggie, even though she played a small part for most of the book. She’s just so sweet, and seemed like a wonderful friend. Clearly, Chloe did something to ruin their friendship, and I kept rooting for them to mend fences and figure everything out. Blake is creeeeepy. He made my skin crawl. Adam is swoony and kind of scary and dangerous. He kept me guessing. My biggest issue with the characters is Chloe’s parents. They are terrible! They don’t like anything about their daughter except for the fake parts, and they don’t trust her either.

3. The mystery aspect was interesting. Why can’t Chloe remember? Why is this new life of hers completely unrecognizable? Who are we supposed to trust? The climax was pretty exciting, and the mystery was finely woven into an exciting plot line. I was able to predict the ending, which was a little disappointing. The author left too many hints, in my opinion. There were some extra details I had not thought of, though, so that was a nice surprise.

I feel like this is a super short review, but at the same time my mystery reviews usually are. My focus is always on the plot. Who did it? Everything else takes a back seat. There was no world building in Six Months Later, and not a much character development because we were not allowed to know much about the characters for the sake of the mystery. I enjoyed it, though! It was a fun, quick, entertaining mystery and I would recommend it to those of you who are looking for just that!

Instructions for a Broken Heart by Kim C 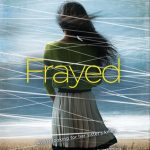 Racing Savannah by Miranda Kenneally | B