The last time she did, it was an accident, but The Reestablishment locked her up for murder. No one knows why Juliette’s touch is fatal. As long as she doesn’t hurt anyone else, no one really cares. The world is too busy crumbling to pieces to pay attention to a 17-year-old girl. Diseases are destroying the population, food is hard to find, birds don’t fly anymore, and the clouds are the wrong color.

The Reestablishment said their way was the only way to fix things, so they threw Juliette in a cell. Now so many people are dead that the survivors are whispering war – and The Reestablishment has changed its mind. Maybe Juliette is more than a tortured soul stuffed into a poisonous body. Maybe she’s exactly what they need right now.

Juliette has to make a choice: Be a weapon. Or be a warrior.

I’m part of a really exciting book club with Karin and Kat, called The Transatlantic Bookshelf, and Shatter Me was our first read! I’ve had my eye on it for a long time, so it was nice to finally have an excuse to read it. Sadly, Karin did not finish it. She’s considering trying it again later, but did just not love it this first time around. Kat and I both enjoyed it, though. I figured I’d put my thoughts together here! As always, my main points are bolded. :)

1. I don’t really see the hype. I mean, I liked the book. I really did. But I guess when you hear every good thing possible about a series, almost anything would be disappointing. I guess the best way to put it is that I don’t see why Shatter Me stands above any other book out there. My mind was not blown like I had hoped.

2. Mafi’s writing style really irked me at first. There is a lot of repetition of words and thoughts, plus a lot of thoughts are crossed out (actually, would be the best term), with new thoughts added behind. It took me quite some time to get used to, but I did end up getting myself to a point where I could skim over them. I have to hand it to Mafi, though, she has a very unique writing style. It’s unique enough, though, that you might take a while to appreciate it like I did.

3. I love the idea of this story. I love that Juliette’s touch is fatal, but sexy Adam is immune. So to see how she is being able to finally touch someone… it was powerful. Not being able to hold a person’s hand, or to hug them? That’s hard. Humans need human contact. So when Juliette discovers she can have that, it was like she all of a sudden discovered how to see.

4. The romance was kind of a slow burn, but also kind of insta-lovey. And I’m not sure if I will be able to decide exactly which one it is. On the one hand, Juliette and Adam meet in a rather deceptive way. She thinks he is someone totally different than he ends up being. For a while she really hates him. But then she starts to recognize him for some reason, and becomes intrigued by his complete caring for her. On the other hand, once she realizes she can touch him, there was kind of a romantic explosion if you will. And I felt like feelings happened really fast. But then you learn things and discover maybe it’s not so insta-lovey. *shrug*

5. In any case, the romance was pretty swoony. Mafi knows how to write sultry scenes.

6. I hate Warner. He’s the guy trying to make Juliette a weapon for The Reestablishment, and he is slimy and creepy. Kind of serial killery. And I’m scared abotu what role he might have in future books.

7. I LOVE ADAM. Can I have him? He is just so sweet and loyal and courageous. And I will be reading the next book for Adam alone.

8. Too much metaphor? I think so. What do you think?

All in all, I enjoyed Shatter Me but do not really understand the hype. The writing style takes a while to get used to, but once I did I appreciated the glimpses it gave us into Juliette’s true thoughts. The idea of the story has me super intrigued, and I will be reading the next book because I have a crush on Adam and can’t wait for more of him. 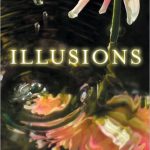 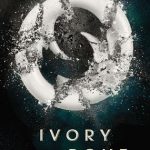 11 responses to “Shatter Me by Tahereh Mafi | Book Review”