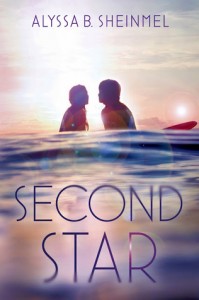 A twisty story about love, loss, and lies, this contemporary oceanside adventure is tinged with a touch of dark magic as it follows seventeen-year-old Wendy Darling on a search for her missing surfer brothers. Wendy’s journey leads her to a mysterious hidden cove inhabited by a tribe of young renegade surfers, most of them runaways like her brothers. Wendy is instantly drawn to the cove’s charismatic leader, Pete, but her search also points her toward Pete's nemesis, the drug-dealing Jas. Enigmatic, dangerous, and handsome, Jas pulls Wendy in even as she's falling hard for Pete. A radical reinvention of a classic, Second Star is an irresistible summer romance about two young men who have yet to grow up--and the troubled beauty trapped between them.

I was very excited for a Peter Pan retelling, as I’ve never read one before and Peter Pan has always been one of my favorite fairy tales. This book and I were not on the same “page”, though. The book’s synopsis mentions magic, but I guess I was hoping for more. Maybe you just can’t expect magic in a contemporary retelling, but a girl can hope. I went through a roller coaster of opinions, but I ended up unhappy. This review is actually very hard to write, so let’s see how it goes.

I was very intrigued by Wendy’s search for her surfer brothers who went missing in a surfing accident, and was looking forward to a bit of a mystery. Sadly, though, this whole aspect of the story ended up being rather lack luster, and such a tiny part of the focus. Readers aren’t even given the opportunity to solve this mystery. Wendy’s search leads her to a cove of “lost boys” who live in abandoned condos and spend their days surfing. I’ve never been the biggest fan of surfer dudes, so the fact that these ones have never grown up made me even more disenchanted. I did like the cove setting, but I never fell for these boys. They were terrible influences on Wendy, and got her involved in things she really should not have been doing, like drugs and vandalism. I liked Pete at first, but he just got weird. Peter Pan is immature in the Disney movie I watched over and over as a child, but his immaturity in this book made me really dislike him after a while. And Jas… meh. He wasn’t as dynamic as he could have been, considering he was meant to be the bad guy.

Oh, the insta-love. Again, I wanted a Peter Pan-esque tale, and Wendy and Peter are not supposed to fall in love in my mind. It would invalidate Peter’s desire to never grow up. In this book, though, Wendy and Pete make out a lot… immediately (even though he has a girlfriend…). And it just felt kind of icky because this is not supposed to happen (Wendy is supposed to be a mom figure to Peter and the Lost Boys!), especially so fast! And then there’s this insta-love thing going on with Jas, too. So we’ve got an insta-love love triangle, two things I’m never a fan of.

The ending infuriated me. I seriously felt there was no point in reading the book. I can’t stand it when that happens, and I feel like I wasted my time. Basically, this book was not for me, which has me SO sad. You just can’t make Peter and Wendy fall in love/lust/weird! Clearly, this is a big deal to me that I didn’t realize before. Haha. I think what made me the saddest, though, is that the fairy dust in this story ends up being drugs. I HATE drugs in books, so I was kind of crushed when I learned of this. The magical dust of my childhood was turned into evil drugs that make people do stupid things. Wendy and Peter don’t fly literally, they fly because they are high. The magic was immediately sucked out for me. That, combined with the fact that I didn’t like any of the characters, and the fact that the one part that actually had me excited (the mystery of the missing brothers) was overshadowed just left me disappointed and sad. Retelling a beloved fairy tale is risky and hard, and I feel like this attempt was not successful. 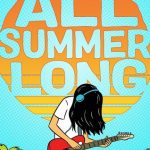 Plus One by Elizabeth Fama | Book Review

The Winner’s Curse by Marie Rutkos 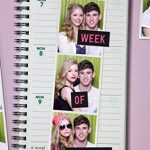 A Week of Mondays by Jessica Brody | Boo