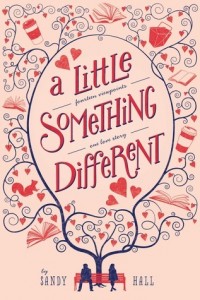 The creative writing teacher, the delivery guy, the local Starbucks baristas, his best friend, her roommate, and the squirrel in the park all have one thing in common—they believe that Gabe and Lea should get together. Lea and Gabe are in the same creative writing class. They get the same pop culture references, order the same Chinese food, and hang out in the same places. Unfortunately, Lea is reserved, Gabe has issues, and despite their initial mutual crush, it looks like they are never going to work things out.  But somehow even when nothing is going on, something is happening between them, and everyone can see it. Their creative writing teacher pushes them together. The baristas at Starbucks watch their relationship like a TV show. Their bus driver tells his wife about them. The waitress at the diner automatically seats them together. Even the squirrel who lives on the college green believes in their relationship.

Surely Gabe and Lea will figure out that they are meant to be together....

Much like the title of the book says, A Little Something Different is definitely a unique read. I was very interested in the idea of 12 different viewpoints, but at the same time I was worried that with 12 people telling the story things would get a bit redundant and I’d never connect with anyone in the story. Sadly, that’s exactly what happened. Transitions between points of view were a bit choppy, and at times cheesy, considering two of the viewpoints are a squirrel and a bench (who talks a lot about butts…). These viewpoints did allow the two main characters to be alone, which would not have happened unless other characters hid in a bush or kept their ear to a door. So I can see why the author did this, I just did not love it.

I think the main reason this book and I did not click is that I’ve always been the kind of person who likes to see things rather than be told things. I would have much rather seen Gabe and Lea fall for each other rather than be told about it by people who did not even know them, like the bus driver and the teacher. I didn’t swoon because I wanted to be the one witnessing their interactions, not hearing about them from various flies on the wall. I also got bored spending an entire book reading about these two. Usually there’s secondary and tertiary plots in contemporary romance novels, but the romance was really the only story in this book.

A Little Something Different was a short, quick, unique story that, unfortunately, I just did not fall in love with. The ending was unsatisfying, and I was bored. I really loved the idea, and the synopsis sounded like a lot of fun… but in the end I realized it just wasn’t for me. 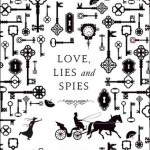