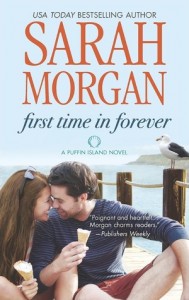 Windswept, isolated and ruggedly beautiful, Puffin Island is a haven for day-trippers and daydreamers alike. But this charming community has a way of bringing people together in the most unexpected ways…

It's been a summer of firsts for Emily Donovan. From becoming a stand-in mom to her niece Lizzie to arriving on Puffin Island, her life has become virtually unrecognizable. Between desperately safeguarding Lizzie and her overwhelming fear of the ocean—which surrounds her everywhere she goes!—Emily has lost count of the number of "just breathe" pep talks she's given herself. And that's before charismatic local yacht club owner Ryan Cooper kisses her…

Ryan knows all about secrets. And it's clear that newcomer Emily—with her haunted eyes and the little girl she won't let out of her sight—is hiding from something besides the crazy chemistry between them. So Ryan decides he's going to make it his personal mission to help her unwind and enjoy the sparks! But can Puffin Island work its magic on Emily and get her to take the biggest leap of trust of all—putting her heart in someone else's hands?

I have loved every Sarah Morgan book I’ve read (her O’Neil Brothers trilogy is wonderful), so I was excited when I found out about this new series, Puffin Island, set in a new place, with new people, and new issues. I came away having book enjoyed this book a lot as well!

Sarah Morgan is so great at writing settings you love! I loved the Snow Crystal resort from her O’Neil Brothers books, and Puffin Island is no disappointment. It sounds like the perfect place to escape to if you’re in search of beautiful views and a sweet community of people. Speaking of the people, this book has a lot of fun characters who all know each other and look out for one another. I love small town communities where everyone feels like family, and that’s exactly what Puffin Island is like. It’ll be interesting to see the roles these characters play in the future books of the series.

I really felt for Emily. She’s been thrust into the role of mother after the death of her movie star half-sister, and feels very ill-equipped. She flees to Puffin Island to hide from the press, who are after her story. Ryan understands what hardship is like, as he has been through the ringer himself. They both are content on their own, not wanting to settle down or open themselves up to love. But… these things happen. Their romance is really a story of learning to trust again and healing from their pasts. Things were a little lusty (can Ryan think of anything but sex?) for a while, but I enjoyed their story in the end. Ryan is such a nice guy, and is so great with Emily. He pushes her when she needs to be pushed, but knows when to back off and give her space. One thing’s for sure: he’s not giving up on her no matter how closed off she is. I really liked Ryan.

All in all, this was a great, but a bit of a slow start to Sarah’s new series. I love her writing and the way she brings the reader right in to her stories. I’m excited to read the other books in the series, even though I did not love it as much as her O’Neil Brothers trilogy. Puffin Island is such a wonderful setting, though, and the third book is a Christmas book! So sign me up! 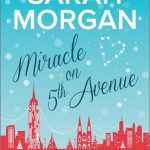 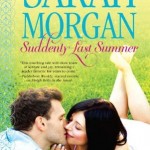 Sleigh Bells in the Snow by Sarah Morgan 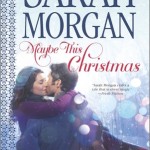 Maybe This Christmas by Sarah Morgan | B 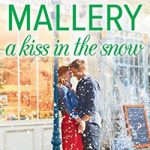 A Kiss In the Snow by Susan Mallery | Bo 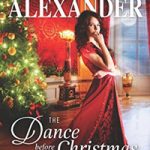 The Dance Before Christmas by Victoria A

Somebody to Love by Kristan Higgins (Boo