The Gift of the Crocodile: A Cinderella Story by Judy Sierra
Published by Simon & Schuster Books for Young Readers on November 1, 2000
Pages: 40
Format: Hardcover
Add to Goodreads
Buy on Amazon

In the Spice Islands, where clove and nutmeg trees grow,
a girl named Damura lived long ago.

Damura is a beautiful girl, as kind and lovely as the little green parrot that perches on the nutmeg tree. But Damura's stepmother and stepsister mistreat her. They force her to rise before dawn, carry out all the chores, and sleep on the floor. One day, while down by the river, Damura calls out to the creatures of the wild for help. Rising from the waters, an ancient crocodile answers the call. This unusual fairy godmother, aptly named Grandmother Crocodile, outfits Damura in a sarong of gold, with slippers to match, and sends her to the palace to dance for the prince. Once he sees her, the prince knows that she will be his bride.

But the fairy tale isn't quite over. Damura's wicked stepmother and stepsister are so jealous that they push Damura into the river, where she is swallowed by a crocodile. Too bad they didn't know about Grandmother Crocodile....

The Gift of the Crocodile, a tale from the Spice Islands in Indonesia, offers a colorful and dramatic twist on the universally adored Cinderella story.

*spoilers, because I’m basically telling you the entire story because I love it so much!*

This version of Cinderella takes place in the Spice Islands in Indonesia. Cinderella’s name is Damura in this tale, the fairy godmother is actually an ancient crocodile named Grandmother Crocodile, and Damura talks to her animal friends like the little green parrot who sits on the branches of the nutmeg trees. In this tale, a widow gives Damura a doll with the stipulation that she talk her father into marrying the widow. She is successful. Her life becomes miserable, though, as she begins to realize she traded her happiness for a doll. She becomes a servant and is very badly mistreated. One day when she is washing her family’s clothes in the river she loses her sarong and calls upon the wild animals to help her. Grandmother Crocodile surfaces and agrees to get her the lost sarong if she agrees to watch her baby crocodile.

Grandmother Crocodile comes back with an even more beautiful sarong because Damura deserves that one and not the old, ragged one. She returns home with her new sarong, but her stepmother takes it away and demands to know how she got it. The stepsister decides to try and get her own and goes down to the river to summon Grandmother. She is rude and mistreats the baby crocodile while Grandmother goes to find her sarong. The crocodile returns with a sarong filled with leeches, which sends the stepsister running home in tears.

When the prince invites all the young women to dance for him, Damura is forbidden to go. But… with the help of Grandmother Crocodile, she goes clothed in a beautiful gold sarong and riding in a horse and carriage. She was to return these things to Grandmother before she went home. She danced beautifully, but then had to rush out when the rooster crowed. The prince tries to follow her, but is left only with one of her slippers. A messenger comes to try the slipper on the young ladies, and it flew right onto Damura’s foot. Even though she is shabby and poor, the prince selects her to be his bride. The next day her stepmother and stepsister, both very jealous, offer to reconcile with Damura over a boat ride on the river. They are not sincere, though, and push her overboard in to the mouth of a crocodile. They run back to the palace and shout that Damura has been eaten, in the hopes that the prince would marry the stepsister. The prince runs to the river to summon Grandmother Crocodile. He tells her what happened, and she scolds her crocodiles, insisting that the guilty party spit Damura out. Grandmother licks Damura’s face and brings her back to life. She tells all the other crocodiles to never touch Damura, the prince, or their children, but instructs them to eat the stepmother or stepsister if they ever see them. The two flee into the forest, never to be seen again. Damura and her husband lived happily ever after.

The Indonesian style illustrations are very pretty, and there is an author’s note about the origins of this tale at the back of the book, as well as the history of the island it takes place on. This adds credibility to the story, and makes it of high quality. I love this blend of Cinderella and a traditional Indonesian folk tale. It’s a very unique, entertaining, and culturally educational story that would make a wonderful addition to anyone’s fairytale library. 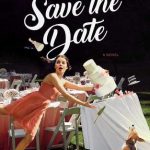 Save the Date by Morgan Matson | Book Re

Two Lies and a Spy by Kat Carlton (Mini