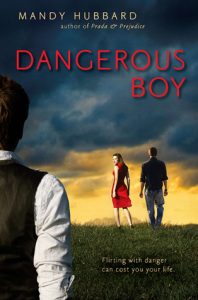 A modern-day retelling of The Strange Case of Dr. Jekyll and Mr. Hyde with a chilling twist

Harper has never been worried about falling in love, something she is skeptical even exists. But everything changes when Logan moves to town, and to Harper's shock, the two tumble into an intense romance. It's everything she never thought she wanted.

Then she meets Logan's twin brother, Caleb, who was expelled from his last school. True, he's a bad boy, but Harper can't shake the feeling that there's something deeply sinister about him--something dangerous. When Logan starts pulling away, Harper is convinced that Caleb's shadowy past is the wedge being driven between them. But by the time she uncovers the truth, it may be too late.

The author of Prada & Prejudice, You Wish, and Ripple delivers a modern-day retelling of a famously gothic tale, full of suspense, lies, and romance.

This review is incredibly tiny because I don’t have much to say. I was very disappointed in what could have been an amazing book. Mandy’s writing was great, and her storytelling was wonderful. But the publisher did readers a huge disservice by telling us that this is a Jekyll and Hyde retelling. That’s a major spoiler, and it made me far less intrigued and curious. I knew what was going to happen before I even opened the book, and I was right on the money. This could have been very exciting and suspenseful, but all I could do was roll my eyes at the dumb decisions Harper made. 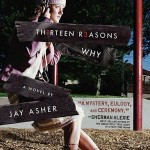