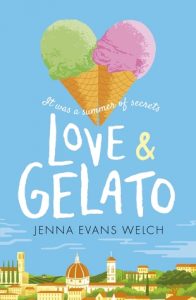 “I made the wrong choice.”

Lina is spending the summer in Tuscany, but she isn’t in the mood for Italy’s famous sunshine and fairy-tale landscape. She’s only there because it was her mother’s dying wish that she get to know her father. But what kind of father isn’t around for sixteen years? All Lina wants to do is get back home.

But then she is given a journal that her mom had kept when she lived in Italy. Suddenly Lina’s uncovering a magical world of secret romances, art, and hidden bakeries. A world that inspires Lina, along with the ever-so-charming Ren, to follow in her mother’s footsteps and unearth a secret that has been kept for far too long. It’s a secret that will change everything she knew about her mother, her father—and even herself.

People come to Italy for love and gelato, someone tells her, but sometimes they discover much more.

I love books set in other countries, especially countries I’ve visited myself. It makes for a very fun reading experience, and I usually gobble them up quickly. Love & Gelato is another book I can add to my stack of favorites, and it’s not just because it takes place in one of my favorite cities in the world.

1. Love & Gelato was everything I hoped for and more. I loved it so much, not only because the story and writing were pure and utter perfection, but because my love of YA contemporary romance was renewed. I’ve been having a hard time with this genre for the last couple of years, and I chalked it up to the fact that I’m not a young adult anymore. I figured I was identifying less and less with the characters, so I needed to move on and read books with characters my age in order to connect. I was pretty heartbroken about this. I thought back to all my favorite YA contemporaries: Wanderlove, Just One Day, Anna and the French Kiss, Unbreak My Heart, The Summer I Became a Nerd, and Wish You Were Italian and was super sad that, if I were to re-read them, maybe I wouldn’t love them anymore. Love & Gelato was a bit of a gamble for me, but since I love Italy so much I figured I would at least love that about it. But I loved EVERYTHING. I loved the characters, the story, the romance, the issues, the scenery, the mystery, and all the coming of age moments. It reminded me that I will always be able to relate to teens because I was there. I went through it, and no matter how old you get you never forget what it was like to be a teenager. I’m so relieved that I’d just found a bunch of bad egg books, rather than discovered that the genre that once brought me so much joy was not for me anymore.

2. This book takes place on the outskirts of Florence, Italy… one of my favorite places in Italy. Lina’s mother dies of cancer and has spent her last months talking with Lina about her time in Italy. She wants so badly for Lina to move there and live with a man named Howard. So she goes there and lives with him in a WWII cemetery where he is the groundskeeper. Lina is given the journal that her mom wrote in while she was living in Italy, and she learns so much about her mom and herself. Pretty much the entire story is Lina walking in her mother’s footsteps, while also falling in love and experiencing Italy. I loved every page.

3. Howard is the kind of guy every girl wishes was her dad. He clumsily navigates his relationship in a way that only a man who has no idea what a teenage girl is could. But he is so full of love and only wants what’s best for her. If that’s an overflowing plate of lasagne or a shoulder to cry on, he’ll give you both.

4. Lina is strong in the wake of her biggest personal tragedy to date, and I admired her. She flies all the way to Italy and into the unknown while mourning the loss of her mom. She pouts and mopes and comes up with a million reasons to go home, but she also searches for answers and discovers why she’s there. Ren is very sweet and goofy, and I loved his personality. The supporting characters are all great, too. Ren’s mom is so much fun. Ren’s friends are great.

5. So much Italy! And so much gelato! It was like I was there again.

6. The writing was lovely. I can’t say much more about it, other than the fact that I remember the story and the people more than the writing. I think an author does their job when that happens.

All in all, I will be forever grateful to Jenna Evans Welch for reminding me why I love YA so much. I’ve read two more YA contemporary romances since I read this book, and I loved them both. I think I’m out of my slump! I loved going back to Italy and watching Lina figure out who she was and where she came from. I highly recommend Love & Gelato. 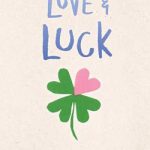 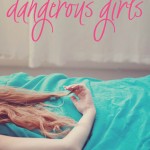 Touching the Surface by Kimberly Sabatin 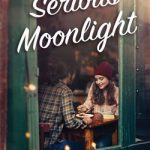 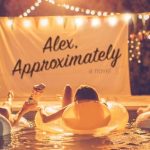