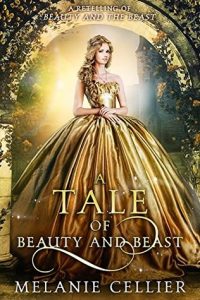 Lily has managed to save the duchy of Marin, with the help of her twin, Sophie. But now Sophie faces an even greater threat. Can she save the cursed kingdom of Palinor from its beastly prince?

I love Beauty and the Beast retellings, and after really loving the first book in this series I was even more excited to get to this one because I knew it would be amazing. Be careful reading any further, as this review will spoil who won the Princess Tourney in A Dance of Silver and Shadow!

The Princess Tourney is over and, as its winner, Sophie sets off on a curious and magical journey to Palinor to meet her betrothed: the beast (aka Prince Dominic). Since she’s the narrator this time, readers get to finally know Sophie better. I really liked her, and I felt I identified more with her than I did with Lily in the first book. Sophie arrives at the castle after a long journey in a carriage driven by an invisible force through a wintry wilderness, and finds it to be empty of people even though it looks taken care of. After some exploring she begins hearing voices of people she cannot see. She calls out to them, startling a whole staff of people who work there. They were not expecting her to be able to hear them. Dominic is not invisible, but he cannot speak to her and communicates through abrasive notes. It’s pretty obvious the kingdom has been placed under a curse and, of course, Sophie is going to try to break it and save the people she’s begun to form strong bonds with. The romance also begins to blossom and thrive as time goes on and we learn more about our tortured beast.

There are numerous ties to the original tale of Beauty & the Beast, as well as the Disney version. Melanie Cellier does find unique ways to make the story her own, however. Lily is still a part of the story, although the kingdom is quite isolated. I loved the secondary characters (the wait staff), and their interactions with Sophie. They look out for their master even though he’s kind of a jerk, but they also validate Sophie’s concerns and sympathize with her plight. I loved the relationships she formed with them. I really loved Melanie’s writing, too. Really my only complaint is that the female narrator did a pretty awful job portraying Prince Dominic’s voice. I felt the same with her portrayal of the male characters in the first book, too.

All in all, this was a very nice retelling of Beauty & the Beast! I love the writing, and I enjoy listening to these books even though the narrator bugs me a bit at times. I’m excited to read more from Melanie. 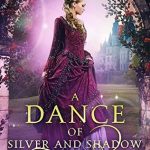 A Dance of Silver and Shadow by Melanie