The secrets lurking in a rundown roadside motel ensnare a young woman, just as they did her aunt thirty-five years before, in this new atmospheric suspense novel from the national bestselling and award-winning author of The Broken Girls.

Upstate NY, 1982. Every small town like Fell, New York, has a place like the Sun Down Motel. Some customers are from out of town, passing through on their way to someplace better. Some are locals, trying to hide their secrets. Viv Delaney works as the night clerk to pay for her move to New York City. But something isn't right at the Sun Down, and before long she's determined to uncover all of the secrets hidden…

I love a good creepy thriller this time of year, and am always on the hunt for the elusive atmospheric writing, so I when I was approached by Berkley to join the blog tour for The Sun Down Motel I was definitely excited about it. The Sun Down Motel is full of strong women, creepy ghosts, and a mystery that spans decades. As always, my main points are bolded.

1. The atmosphere was definitely my favorite part of the story. It was just so creepy (sometimes too creepy), and I enjoyed that uncomfortable feeling it gave me. Viv (1982) and Carly (2017) both worked at The Sun Down, each for their own reasons. Viv was there as a means to an end, and Carly was there to find out what happened to her Aunt Viv. This motel is the epitome of everything repulsive. Nobody would ever actually want to say there, and that made it way creepier. It’s run-down, outdated, and full of noises, mysterious smells, and questionable guests. And both women worked the night shift. Alone. Both women go to the point where they knew the ghosts and talked to them. Well, except the man with the noisy shoes who smoked outside every night. He kept quiet. Doors would open and closed by themselves, the lights would flicker or go completely out, there were voices and footsteps… It’s just a very scary place. These were strong women to put up with working there.

2. Strong women is a huge theme in this story. You’ve got Viv, who left home to go into show business in NYC but actually just wanted to get away from her family. She’s a Nancy Drew type who paid a lot of attention, started connecting dots, and made it her quest to stop a serial killer who was preying on women. Nobody believed that there was anything that needed solving, so she jumped in. Then you’ve got Carly, who left home to find out what happened to her Aunt Viv, who disappeared from the Sun Down one night without a trace. Again, nobody really paid any attention to her. Viv and Carly both had cool roommates who helped them solve their various mysteries. There was also a female police officer named Alma, who was given the night shift because nobody else wanted it, and a freelance photographer who I can’t remember the name of that was also involved. All of these characters were strong, persistent, brave, women who stuck up for themselves and looked out for each other. All of them did things they were not comfortable with because they thought it was their only option.

3. The detective work was so exciting to me. I loved reading about the stakeouts and the research and following people around, hoping to not be seen. Carly/Viv were impersonating people on the phone to get info and sending anonymous tips. It felt like Veronica Mars a little bit in this regard.

4. I really could have done without the ghosts. Actually, I could have done with less activity from the ghosts. It’s fine that they were there, and they really added to that creepy feeling I liked. Sometimes it just got to be too scary for me, though. Some of these ghosts were… mad. Very mad. But they ended up being there for very a important reason in the end, so I understood the need for them.

5. I did struggle sometimes with keeping Carly and Viv straight across the dual timelines. They had the same jobs, were about the same age, each had a roommate, both worked with Alma and the photographer… Sometimes I just got lost on who was who. Even thinking back now on my reading experience, I can’t exactly remember which girl did which important thing. I don’t think it matters, though. Maybe the point was to have these girls live parallel lives so there was barely a seam between them.

6. The plot itself was not very complex, but I was still riveted and had to know what happened.

7. The book starts out pretty slow, so hang in there!

All in all, I ended up enjoying The Sun Down Motel way more than I thought I would. There were a couple spoilery twists that I called… and one was just a little too twisty to seem reasonable to me, but I still enjoyed the story overall. It’s a great book to read during spooky season, and I’m definitely interested in getting more atmospheric reads from Simone St. James in the future! 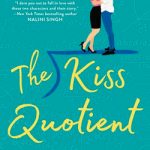 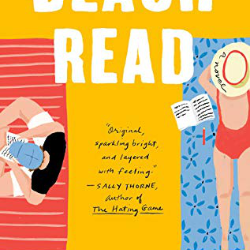 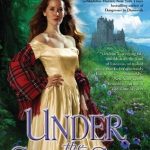 Under the Same Sky by Genevieve Graham |

Murder for Choir by Joelle Charbonneau ( 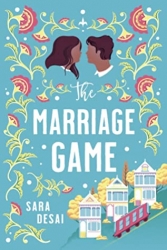 3 responses to “The Sun Down Motel by Simone St. James | Book Review”