The Scarlet Letter meets Minority Report in bestselling author Sophie Jordan's chilling new novel about a teenage girl who is ostracized when her genetic test proves she's destined to become a murderer.

When Davy Hamilton's tests come back positive for Homicidal Tendency Syndrome (HTS)-aka the kill gene-she loses everything. Her boyfriend ditches her, her parents are scared of her, and she can forget about her bright future at Juilliard. Davy doesn't feel any different, but genes don't lie. One day she will kill someone.

Only Sean, a fellow HTS carrier, can relate to her new life. Davy wants to trust him; maybe he's not as dangerous as he seems. Or maybe Davy is just as deadly.

I loved Sophie Jordan’s Firelight trilogy, so I was very excited to learn of her new project! The Scarlet Letter meets Minority Report? Count me in! As always, my main points are bolded. :)

1. I found this story to be terrifyingly plausible. Uninvited is set in the not so distant future where people are tested to see if they have a specific gene that, in the government’s eyes, guarantees that that person will someday kill a someone. Once that person has been diagnosed with this gene, their life is essentially over. They are immediately treated as though they have already murdered someone. It’s so scary to think that science could someday overrule a person’s moral framework. Isn’t that so scary? And so real?

2. Another scary aspect of this story is that a lot of the crime happened because these people are marked as killers. If you go around a put a sign on someone that says, “Hey! This person is going to kill someone someday, and it could be you!” don’t you think those people might end up being targets themselves? I mean, there’s a huge possibility that a person who would not have otherwise killed someone, might just kill that “killer” to prevent them from possibly killing. PLUS, these “killers” are going to live up to their label because they are being punished as someone who already has. I mean, why not kill that person you hate if your life is views as being worthless anyway? What more can the government do? What kind of twisted logic is this? In an effort to lower the crime rate, I seriously feel like the government in this book raised it instead.

3. So, we have all of these “killers”. One of them is sweet, innocent Davy who had her entire life ahead of her until that life-changing phone call made her lose her family, her boyfriend, her friends, EVERYTHING in a matter of seconds. And there’s nothing she can do about it. She will never EVER prove anyone wrong. Boy, did I feel for her. I was just like Davy in high school. I was viewed as being the person who had a bright future and was liked by everyone. I just kept thinking about what I would have done if I were in Davy’s shoes. I don’t even have words. Scared, terrified, heartbroken, hopeless, defeated. None of those words equal the pain of what something like this could do to a person. I connected with Davy so much, and felt for her SO much that it hurt me. She handled it so well. I was proud.

4. Because of Davy’s past, she was given the opportunity to be trained instead of sent to a detention camp. The government thought that they could train her to not give in to her killer instincts. She ended up going with two other carriers from school, both of which she liked. There’s Gil, who was very sweet and caring and then there’s Sean, the guy with the bad boy exterior who is so much more than what you see on the surface.

5. Speaking of Sean, I LOVED him. I was having a hard time with this book until I got to know Sean better. I loved how broken and worn down he was when I first met him, and then how Davy gave him a reason to act like a human. He immediately felt very protective of her and shielded her from a pervy teacher and a bully. He always seemed to be there when she needed him. She was his reason to live, and I loved seeing his dormant, feeling side awaken when he had a reason to wake it up.

6. I mentioned before that I had a hard time getting into this book before, and that’s because it is so depressing. I felt awful for the characters and the abuse they went through. Some of them deserved it, but not Davy, Gil, and Sean. They were just confused teenagers trying to figure out how to survive under their knew title of “HTS Carrier”. I swear that none of them would hurt a fly, but that doesn’t matter. AHHH. The feels.

7. There’s still so much we don’t know, and I closed the book feeling hopeful but also a little anxious! I’m just so concerned!

Uninvited is a book that resonates so deeply because of all the feelings is brings out in its readers. This horrific world in which these characters live is even more horrific because it seems so real. I just could not stop thinking about how devastating it would be to find out that people trusted a scientific theory more than they trusted me, their loved one. I love that Sophie Jordan made me think and feel so many things. I can’t wait to see what happens to these characters! PLEASE bring on the second book!

DISCUSS: So, what are your thoughts? I feel like this review was much more philosophical than most of my reviews are. What do you think of the idea presented in this book–that human beings are not able to make moral decisions that go against their DNA? Are you as scared of this idea as I am? 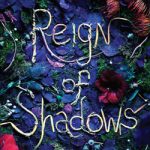 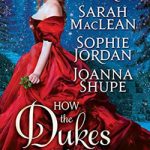 How the Dukes Stole Christmas by Tessa D