Percy Jackson is about to be kicked out of boarding school... again. And that's the least of his troubles. Lately, mythological monsters and the gods of Mount Olympus seem to be walking straight out of the pages of Percy's Greek mythology textbook and into his life. And worse, he's angered a few of them. Zeus' master lightning bolt has been stolen, and Percy is the prime suspect.

Now Percy and his friends have just ten days to find and return Zeus' stolen property and bring peace to a warring Mount Olympus. But to succeed on his quest, Percy will have to do more than catch the true thief: he must come to terms with the father who abandoned him; solve the riddle of the Oracle, which warns him of betrayal by a friend; and unravel a treachery more powerful than the gods themselves.

(I read this book for my children’s lit class as part of my fantasy unit. I’m not really going to review it, but more discuss my thoughts on it.)

I really, really love greek mythology and I studied a lot about it in elementary school. I thought Riordan’s idea put a really fun spin on those myths. I enjoyed seeing the “familiar” faces of Zeus, Poseidon, Medusa, and others show up.

I really loved Grover, Percy’s satyr companion. He’s kind of wacky and silly, but an absolute delight to read about. I was so-so on Annabeth, Percy’s partner in crime. And honestly, I’m not really in love with Percy himself yet. Grover made the book for me. I feel like I would have liked this more as a younger child. I had a hard time relating to the characters. They acted really young, whereas some books for kids seem to have characters that span a variety of age groups.

My favorite theme of the book is a mother’s love. Percy’s mother is a wonderful sweet and caring woman, who is married to an absolute idiot. He is skummy and sleezy and abusive. He smells horrible. And Percy always wonders why such an amazing person would put up with it. It’s not until later in the book that he discovers why, and I ended up really loving the tender moment that discovery created.

Even though I had some issues with the book, I am definitely interested in continuing the series. I’m intrigued by some of the other story lines, and I’m excited to see Percy grow up a little.

All Our Yesterdays by Cristin Terrill (B 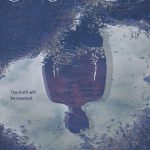 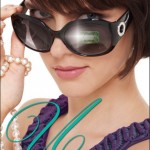 5 responses to “The Lightning Thief by Rick Riordan | Book Thoughts”