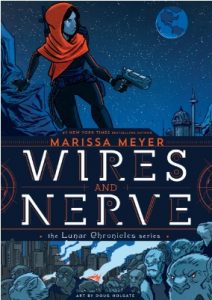 When rogue packs of wolf-hybrid soldiers threaten the tenuous peace alliance between Earth and Luna, Iko takes it upon herself to hunt down the soldiers' leader. She is soon working with a handsome royal guard who forces her to question everything she knows about love, loyalty, and her own humanity. With appearances by Cinder and the rest of the Rampion crew, this is a must-have for fans of the series.

I’m a major lover of The Lunar Chronicles and was pretty sad when it was all over. So OF COURSE I was over the moon when I learned about the graphic novels. Anything to get me back in that world!

I kind of knew this would happen, but the story was much simpler that the full length novels. Not as much happened, but I was ok with it because I was back with my favorite characters! I was just so happy to see them, and see them I finally did. Truth be told, I don’t enjoy seeing illustrations of beloved characters because they never look like they do in my head. In this case, though, Iko looked exactly as I pictured, so that was fun! Wolf was a little over the top wolfy for my taste (I never pictured him as such a big hulking, scruffy wolf), but I recognized everyone! It was a pleasant surprise. And I really loved the artwork! I’ve never been much of a fan of the comic book style illustrations, but I like Holgate’s work a lot.

There were lots of cute moments with all our characters, set against Iko’s wolf-hybrid soldier hunting storyline. Cress gets a cold and Thorne has to take care of her. Scarlet and Wolf are on their farm in France, so I we don’t get to see as much of them as I would have liked. Winter is the ambassador to Earth, and it was fun to see her in such a powerful position since we met her when she was pretty useless and imprisoned by her mind. I loved seeing her strength in this graphic novel. Cinder and Kai have never been my favorite couple in this series (they’re actually my least favorite, which is nuts), but it was fun to see what Cinder is up to now that she’s ruling things. Iko’s got a little thing going on with Kinney, Cinder’s royal guard, which I love. I hope she finds love, too!

All in all, this was so much fun an exactly what I needed after still being so hungover after Winter. I love this world and these characters, and I loved being there with them again. A must-have for fans of the series. I can’t wait for the next volume! 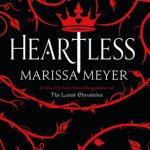 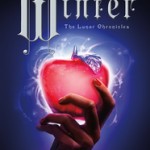 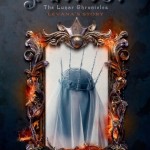 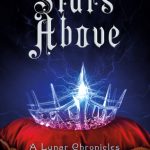 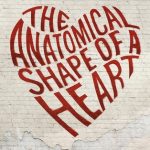 The Anatomical Shape of a Heart by Jenn 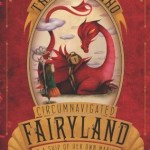 The Girl Who Circumnavigated Fairyland i